A Peek Inside the New Process for NEC Revisions

8,800 volunteers assisted by 60,000 regular folks continue to make the world safe for electricity

Maybe you’ve seen the Schoolhouse Rock cartoon “How a Bill Becomes a Law”. It all seems to happen far away. The Electrical Code is an entirely different process. Instead of a debate by an exclusive group of elected lawmakers, every interested person is invited to participate in a very real way in NEC decisions. Many who join in are passionate and the back-and-forth can get spirited. Participants run the gamut from giant corporations to one-man shops and whoever suggests the better code revision gets to write part of the NEC. 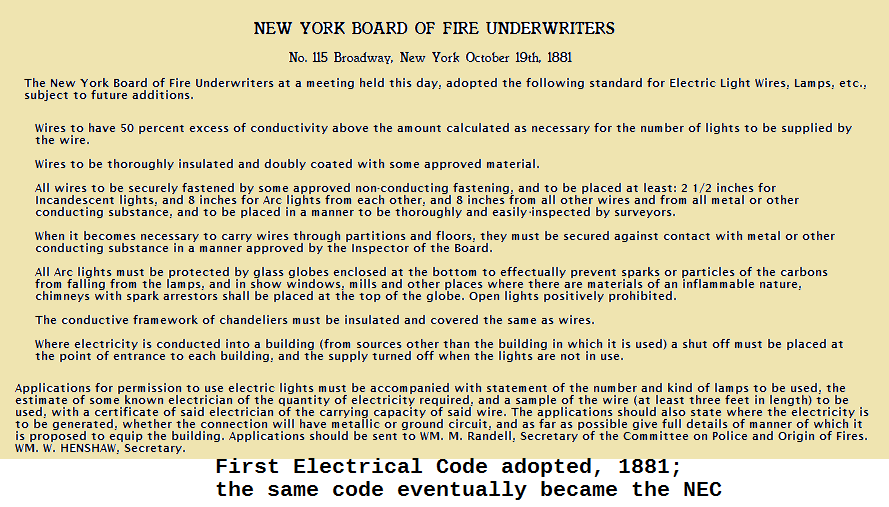 It’s been this way from the beginning. In 1881 (less than 3 years after Edison patented his light bulb and a year before his lower Manhattan inauguration of the nation’s first electrical grid), a small cadre of electricians met in New York City and, together, fashioned the first electrical code. The NFPA took this tiny code, eventually renamed it the National Electrical Code (NFPA 70), and expanded it massively over the course of more than 50 revised editions. For decades, the revision process followed the American National Standards guidelines that require:

Starting with the 2017 NEC, this decades-old system has been rejiggered. The NFPA, beginning in 2015, has introduced a new revision process with new language and a shift in emphasis. It remains a consensus-based process but aims to make it even more participatory while also making better use of everyone’s time.

To make the best use of your time, let’s not start at the beginning, but go in the opposite direction. We’ll start at the end – the big fat NEC book that guides installation and maintenance of electrical wires and components in homes and businesses all across the US and around much of the world. This is the book that, every three years, working electricians worldwide are invited to tear apart, removing what doesn’t work and bringing in what does. 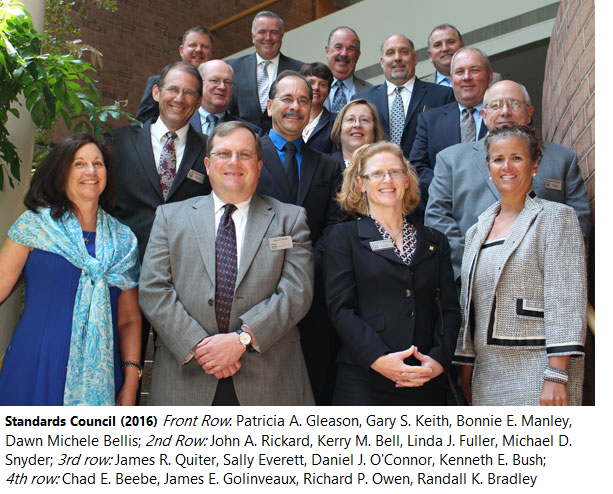 After all that back and forth, who steps in to make sure we all got it right? As it turns out, there is one final step before publication – (STEP FOUR) where the STANDARDS COUNCIL, to assure quality and consistency, makes any last-minute changes and approves the final draft. The Standards Council brings together the most experienced and technically sophisticated NFPA officials. They rely on their expertise but also consider appeals (generally only accepted from those who made the original proposal or NITMAM). 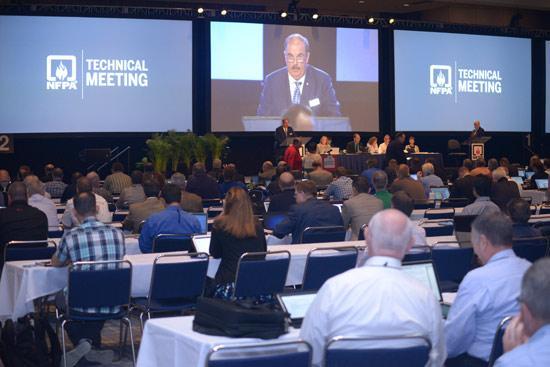 Are you wondering what on Earth is a NITMAM? That brings us to the most fun and engaging part of the process – STEP THREE – the great wide-open TECHNICAL MEETING where more than 60,000 members from over 100 countries come together to create final draft.

The Technical Meeting  addresses every Notice of Intent to Make a Motion (NITMAM) that has been filed and accepted. Anyone wishing to propose an amendment must first submit a NITMAM prior to the deadline. No NITMAM; no discussion at the Technical Meeting. Each NITMAM must be certified and then is presented to the membership for approval, amendment, or rejection. Those results along with the consent standards are sent on to the Technical Committee as a Provisional Final Draft.

Meanwhile, any change in the First Draft without a NITMAM, goes straight to the final draft as a “Consent Standard” 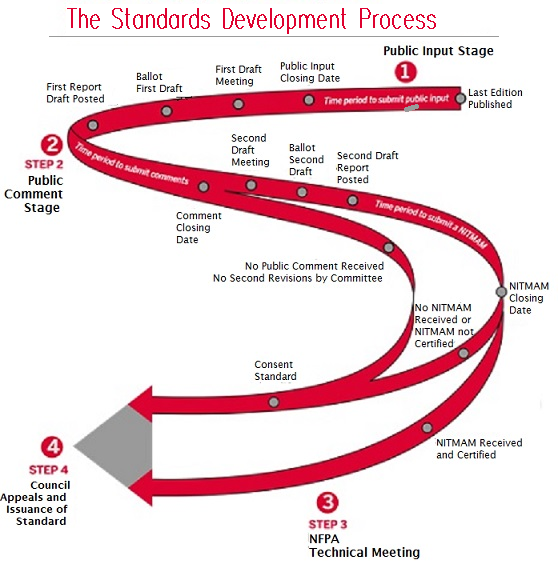 But, before a proposed code change becomes either a “Consent Standard” or NITMAM, it faces the rousing STEP TWO: The PUBLIC COMMENT Stage. All proposed changes submitted by any interested party anywhere in the world (if found worthwhile by an NFPA panel) has been assembled into a FIRST DRAFT. It’s distributed far and wide and comments are welcomed. Emotions can run high in some of these Public Comments – after all this is what we do for a living – so the calls to reject recommended changes or to reconsider overlooked changes are deeply felt. No new proposed changes are allowed during the Public Comment period.

At this point, it might be good to remember that the revision process relies almost entirely on volunteers. Overall, the NFPA has about 8,800 volunteer seats on the development committees responsible for its 300 codes and standards. The NEC alone has 19 Code-Making panels (CMPs), each with 15-30 members, as well as one “correlating” committee that harmonizes the efforts of all of the CMPs across the NEC. Articles are assigned to one of the 19 CMPs and they shepherd those Articles through the 3-year revision process. They receive all the proposed changes and decide which get to the first draft as well as posting their ballot results and recommendations of which should be accepted.

It’s a three-year journey that begins right after the previous code has been published. Almost immediately, the NFPA launches STEP ONE, now known as the INPUT STAGE. No longer known as “Proposed Revisions”, it allows any kind of input. It can be a minor amendment or change in language or an elaborate proposal for an entirely new Article. All interested parties may contribute, from a one-person shop to a congress of cooperating manufacturers or professionals. For the 2017 NEC, 4012 public inputs were received, which then became 1233 “first revisions” (that comprised the First Draft) and after more than 1500 comments, a Final Draft was left with 559 revisions, including 5 new Articles. 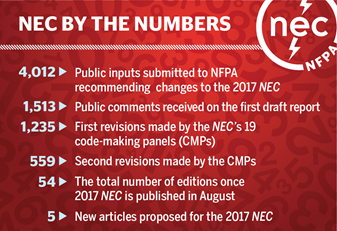 1) You, as a working electrician, are encouraged to join in code making. The input phase for 2020 is underway. Get involved. Here’s how.

2) The NEC is a living document. Think how much electrical technology has changed in the past 20 years. The next 20 may bring a whole new world. The NEC aims to respond to changes, anticipate changes, and lead the way to the best and safest outcomes possible.

3) No matter how much it changes, the way the NEC comes together is not that different from the room at 115 Broadway in 1881 where working tradesmen issued the first code.

Until then, remember, the NEC is OUR code book. The 2017 edition owes its creation to too many tradesmen and other professionals to mention. Maybe you, a Michigan Builder, even played a part. Thank you for your helping to make our world safe for electricity.

Hope to see you in our next blog post.

Some text in the modal.